Our next performance will be at Next Festival on November 28 in Bratislava (SK). Hope to see you there!

Check out our new video of ‘Crinolettes | Gyration Resistance’, which was presented at Club Radiokoje in July 2019 at the Kongressbad in Vienna

Magnetoceptia is mentioned in a lecture by Jorge Barco at ‘Festival de Ruido y Política’, an event focusing on politics and noise in Bogotá. “Artistic practices linked to sound have opened multiple paths for questioning paradigms, expanding the languages ​​of art, and critically reflecting on technologies and society. Noise, as an extramusical, prelinguistic and presubjective sound manifestation, puts its materiality in the foreground to disturb the meanings and open up to something different. Beyond the sonic forces with rough textures … machines, disruption, improvisation, interference, failure, altered senses, lack of control, divergence, technosjamanism, short circuit, chance, DIY and hardcore aesthetics; we make noise because we enjoy it and we conjure rituals with it; electromagnetism, geomagnetism, quantum and acoustic waves, resonating in the cosmos on physical and metaphysical scales. In this performance conference on Noise we will take a tour of different sound break proposals highlighting their antisystemic and ritual character.” 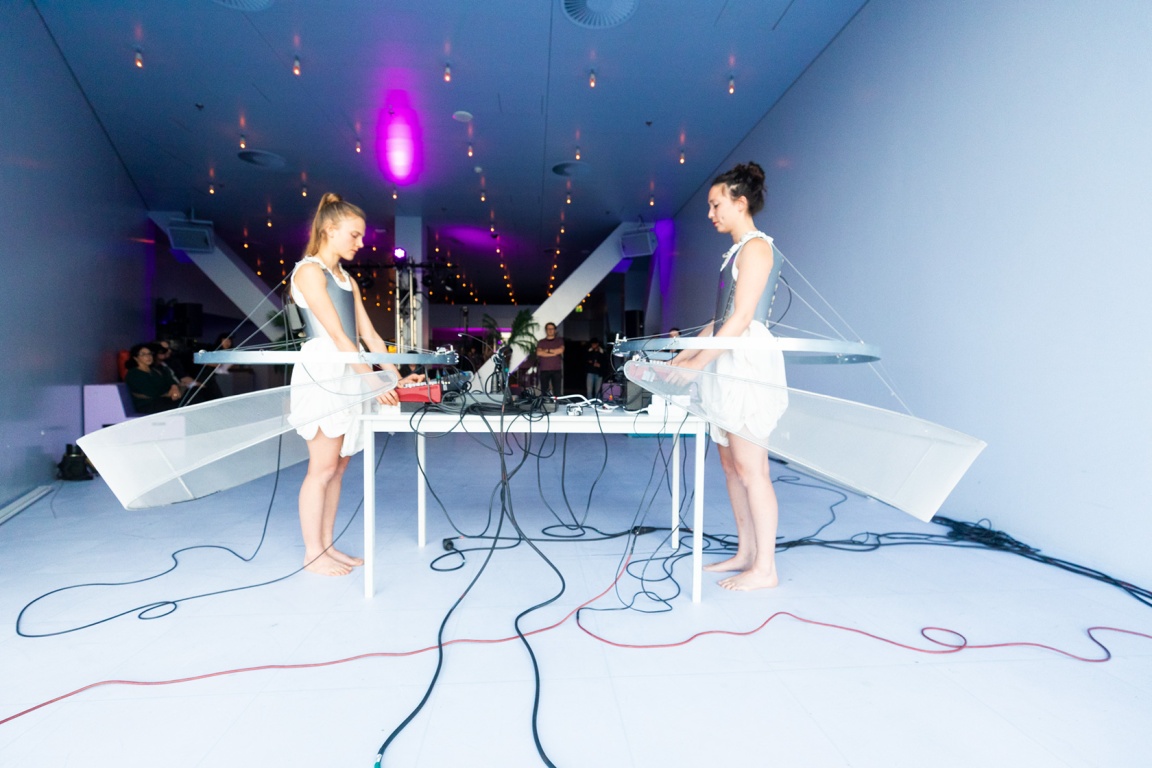 A selection of photos of our show at Gaudeamus in Tivolivredenburg Utrecht (NL) on September 7 ’19, as part of the iii program. Photos by Juri Hiensch.